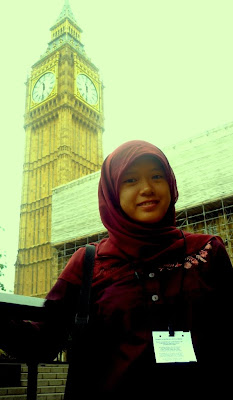 Our idea for Global Citizenship Day (GCD) is to discuss the role of youth in peace actions. An issue of peace is popular among young people or students, but awareness is not accompanied with the consciousness of peace to avoid conflict. Sometimes we unknowingly in our society if we do the trigger actions very often that may lead to conflict. In Indonesia, conflicts often happen, such as events in Poso, Sampit, or Aceh. While in Yogyakarta, such conflicts between gangs of senior or junior high schools are also often published by the regional and national mass media. For that reasons we picked the theme "Youth for Peace" in our GCD as a basis for raising awareness of the importance of the role of youth in promoting peace. However all of the people in this world want to live safely and peacefully without any fear or resentment because it is individual rights of every human. 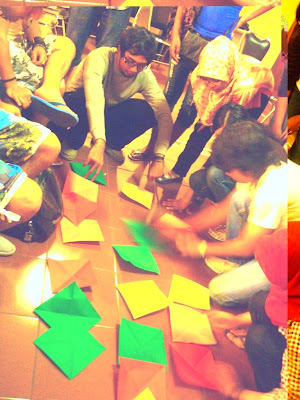 In this time we invited expert speakers from the community of Peace Generation. The community consist of vibrant group of young people involved in voicing issues of peace among the youth, they also try to encourage youth people throughout the city to support and become part of the real action peace. Their presence in the GCD is to help convey the message of creating peace through discussions and games that can arouse inspirations from other volunteers about the awareness of peace. 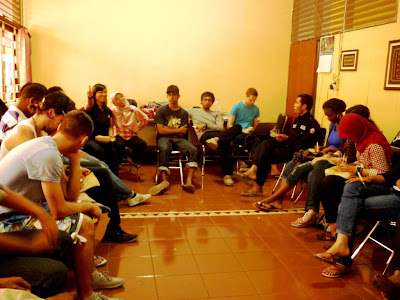 Concept for GCD was to have everybody involved in discussion on definition and meaning of peace, sharing experiences about different background in their life, games, and then we would end with a declaration of peace. We also asked the volunteers to present their own definition and meaning of peace on a piece of paper which will be bound into a book that will become a souvenir if the Global Xchange (GX) program has finished. The sharing of different experiences was also become an important aspect to the discussion. The volunteers all come from different circles and backgrounds, so they will have different experiences on the issue of diversity and peace. With the implementation of experience-sharing activity, they will also enhance their understanding of each other and appreciate difference is not a hindrance. The name of the game that will be played is "Viva la Differentia", the main factor of the conflicts usually caused by the differences, therefore this time we invent a game to test the volunteer ability to accept differences among friends who are also a working partner in a team. The programme will be closed with the declaration of peace. This declaration was made GX team by dipping their hand in paint, and then transferred onto a piece of cloth. We hope that this declaration was not just a handprint, but volunteers really believe in staying away from conflict, promoting peace and harmony. 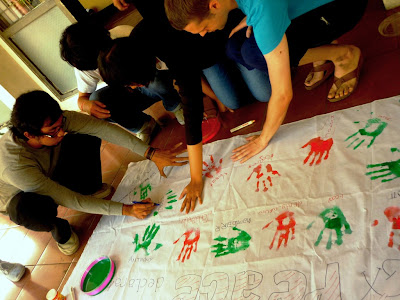 In the end we want to convey that conflict is often triggered by insignificant issues such as differences in individuals that wrongly considered abnormal. For example, differences in ethnicity, religion, or opinion. Yet every person in the world is different, as volunteers of the Global Xchange team 101 also come from different aspects of life. It is important for us all to understand the significance of being different in order to create a true peace in the world. 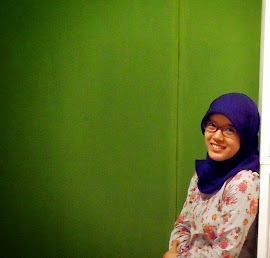 was a participant of Global Xchange, Indonesia-United Kingdom (2010), and an International Student of International Relations in UMY (graduated at 2013). Still in process to reach "S.H." in Faculty of Law, UGM. Currently, become International Scholar Host at Indonesian Consortium for Religious Studies (ICRS) Yogya and Secretary at Humaniora Institute. A daughter, a sister, an aunt and your friend, just life and let life~ :)

Countries I have Visited :)


visited 4 states (1.77%)
Create your own visited map of The World or Triposo world travel guide for Android